Persian Marquetry (Khatam), Mirror-work and Toreutics (Metal-work); branches of the arts and crafts of Iran and Isfahan, belong to a time before the emergence of a man-centered, humanistic era.

The contemporary view of art, regardless of its inherent value, has changed the framework essential to creating such works. In Isfahan Bazaar however, these arts are still alive and breathing. These arts, in their traditional forms are produced as handicrafts used in the daily lives of Iranian homes. Apart from their decorative function, the measure of their presence in homes is still an indication of the power, wealth and culture the owners have.

Shirin Ehya and the Isfahan Collection is proportionately related to the identity of a world today where fragments are meshed and integrated together so that the human heritage of the world can be revisited and reassessed as a whole.

Toreutics is the art of hammering, engraving, repoussage and chasing on metal surfaces. The origins of this craft go back to the bronze ages, however, the 4 thousand years old gold and silver rhytons and goblets found in Iran are among some of the most exquisite samples of this art. Toreutics was widely used to adorn palaces, mosques, saddles, bridles, dishes and other objects. Tabriz and Isfahan are the two major centers of this craft in contemporary Iran. 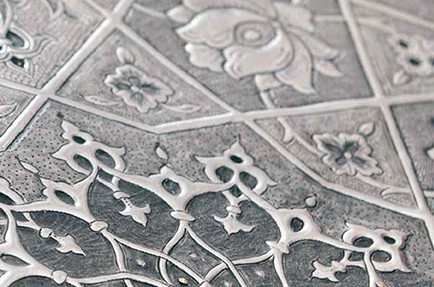 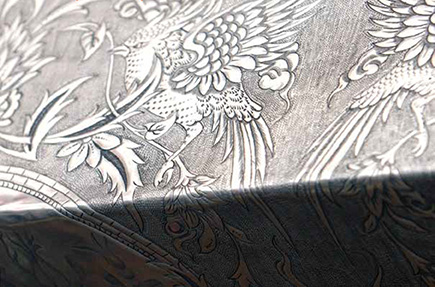 The art of adorning objects with triangular shaped pieces made of wood, camel bone and metal. The pieces are inset together to form intricate geometrical patterns. The origins of inlay is unknown, according to the local lore some people believe it to be one of the arts taught to mankind by the prophet Abraham. The oldest and most exquisite examples of this art is the inlayed pulpit at the Atigh Jameh Mosque in Shiraz which goes back to the 9th century A.D. Inlay blossomed and reached its peak during the Safavid Era (16th century era) when the masters of the craft were summoned to the Safavid Capital, Isfahan to work at the court and since then Isfahan has remained the main center of this craft. 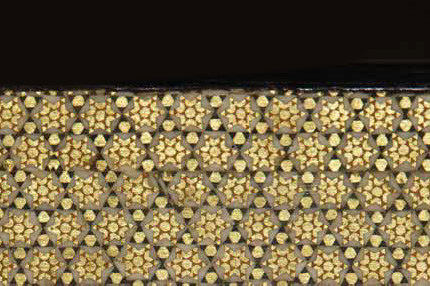 Afterwards, using miniature pieces of mirror & mirror-work to decorate interiors in its current form, began and during the Qajar era (18th century AD) reached its peak and was widely used to adorn palaces and places of worship in Tehran.

Since the transfer of the Persian Capital to Isfahan during the Safavid era, Isfahan which retains some of the most flawless examples of mirror work, has remained the artistic capital of Iran to this day, contributing to the growth and development of mirror work and other crafts. 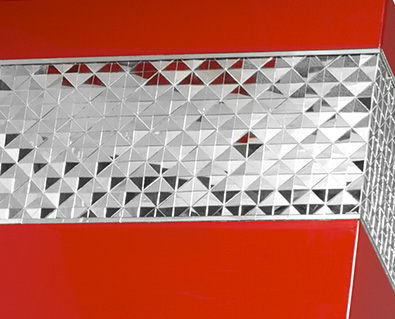 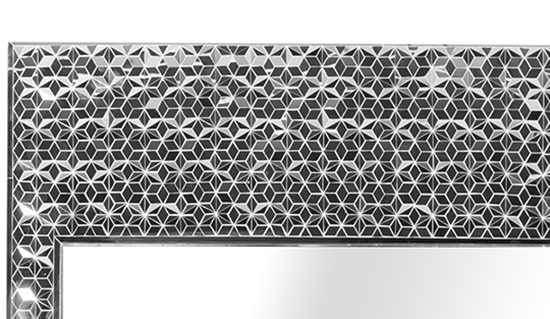